Is the Industry geared up to embrace ‘All Trail Model’ ? 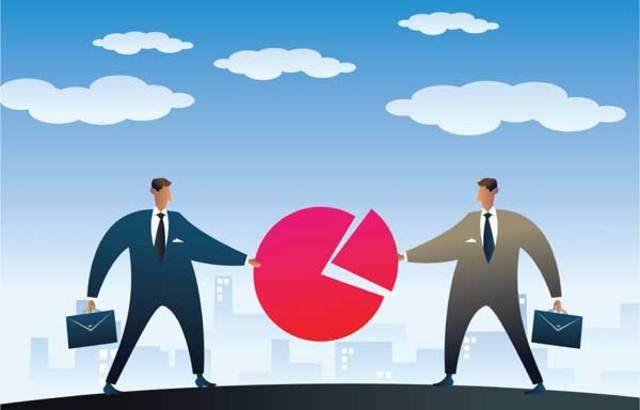 AMFI’s proposal on an all trail commission model to replace the upfront + trail model has created a flutter within the distribution fraternity. As SEBI is believed to be behind this move, there is a growing perception that this is not just an idea that has been floated for consideration, but pretty much the shape of things to come, soon. Brijesh discusses the various dimensions of this key issue in his usual forthright manner. There are no easy solutions, but perhaps some of the suggestions he makes are worth considering to enable the industry to achieve the twin objectives of reducing churn and mis-selling on the one hand, while nurturing and supporting growth of distribution on the other hand.

The news is in the air that product manufacturers are thinking of bringing an ‘all trail model’ for distribution business. It has shaken the confidence of IFA’s, especially smaller ones and those who wish to enter the profession in the near future. High upfront commissions induce churning & mis-selling while low upfront commissions make it difficult for smaller and new IFA’s to sustain. So we have a catch 22 situation here.

In the current environment, IFA’s are already facing a lot of challenges. ‘Direct’ and ‘investor friendly user platforms’ are in the top of their minds. I have maintained that ‘Direct’ is not a big risk for IFA’s but it is definitely a part of business risk and IFA’s will lose some clients. There will be give-aways and take-aways in the industry. ‘Direct’ is a take-away whereas abolishing service tax was a give-away. Mostly, the industry adjusts on its own over a period of time. However, if there are frequent changes in the system as a whole, it affects the sentiments of IFA’s negatively. Tampering with revenue model of IFA’s very often is a huge withdrawal of trust and puts IFA’s on tenterhooks.

No one system will suit all and so there will always be a section of IFA’s who will benefit more and others who will bear the brunt due to changes. Nothing can be done regarding this. However, industry should be very cautious of bringing changes which impacts the revenue of IFA’s as it touches a soft nerve.

Nothing is superior then an all trail model in the long term. It benefits all the stakeholders of the industry, be it the manufacturer, distributor or the client. Till the time the focus of an IFA will not shift from own revenue to clients portfolio and returns, the industry will not grow at the pace it deserves. Trail is a passive mode of revenue and slowly but surely it will be a step in the right direction. However, the timing of such a move is important. Rather, than doing it instantly, it should be done in a phased manner. Also, for the industry to grow it must take care of the needs of different set of distributors. Players who are established, like banks, national distributors, bigger IFA’s, can survive and thrive under an all trail model but small IFA’s will find it difficult to meet expenses and focus on mutual funds as a core business. This will also discourage new IFA’s to join the industry and the numbers will be low. Essentially, IFA’s will lose the confidence of remaining in the business since their future will be uncertain. After many years the business confidence of IFA’s has been revived and any wrong move at this point of time can have serious implications with regard to distribution business. Without a good revenue model in place in mutual fund business, IFA’s will move towards other products and the industry along with the end customer will suffer. I believe, there is too much focus too frequently on the revenue model of an IFA.

There needs to be some radical decisions and shift in the way mutual fund distribution is happening in India. A lot of brain crunching is required on this. I would give below some of my thoughts which can be considered. Initially, all ideas look absurd and we think of its short term defects but all great execution is often backed by a simple idea which might have looked complicated initially.

It’s a rather new thought. What about providing seed capital to new IFA’s (may be on selective basis). Let’s say, when a new IFA’s is brought in the system an AMC provides a fixed amount (say Rs. 1-2 Lacs for 1 year or so) so that the said IFA can sustain the costs involved initially while he builds his business. This amount paid can be adjusted for the business done in the current year and subsequent years. There will be some defaults but it can help the industry grow. May be, the funding can be made monthly/quarterly rather than one time to ensure good business / performance by the said IFA. Initially, this can be started as a pilot project ( say 100-200 IFA’s by leading AMC’s ) and if the results are good, it can be expanded. I am sure if IFA’s are supported by capital, most of them will perform. The whole micro-finance business works on this premise. My sense is that the NPA’s due to non-recovery of clawback will be more than the loss due to seed capital. May be a semi-tied agency model can be worked upon where an IFA works for a couple of years only for 1 AMC who support him. Everything starts small but it’s an idea which needs execution. The modus operandi of this exercise can be further debated upon to make it workable.

The main devil is the first year upfront commission which is way too high as compared to subsequent year trail commissions. This difference is the reward of sourcing new business. Till the time high upfront will remain, there will always be a section of distribution fraternity which will engage in churning periodically for increasing the commissions. There is no way to stop this. High as well as extended exit loads can reduce the churning but can’t stop it. Close ended funds can control churning but a lot of mis-selling will start and distributors will promote such funds more than the appetite of clients. An ideal solution can be that the industry as a whole should come to a number which is justified for first year remuneration across product mix for sourcing new business ( say 0.50% or 1.00% higher than 2nd year trail ) coupled with lock-in and/or high and extended exit loads. While some bigger players may still negotiate higher upfronts, this capping on a larger scale can do a lot of good overall.

We already have 3-5 years close ended products. What about having a new range of longer duration products on the asset allocation / pension theme, say 10-15-20 years having a longer lock-in. A high upfront in such cases will suffice along with a trail model. The risk is of mis-selling is there but many things can be done to reduce it. Such products can be offered to selective IFA/ distribution channel, there can be a cap on investment amount ( Say 1-2 lacs per PAN ), etc. Every decision has its pros and cons. My sense is that, staying invested for long term can have more positives for investors and IFA’s than the possible mis-selling of the product and also the churning that happens in alternative products.

While moving towards an all trail model will definitely be a welcome move in the long term and favour larger industry participants; it will impact negatively over 99% of the IFA. Though a major portion of industry AUM is from few industry players, removing upfront commission will not be seen as a favourable move by most IFA’s and many of them will exit the business. The no. of new IFA’s coming in the system will also reduce drastically.

A mid way approach must be found. Decisions on such matters are not easy and I too don’t have any ‘one suggestion which will suit all’. May be a task force can be created (representing industry associations and individual IFA’s) which can have a dialogue with the regulators and manufacturer and a fair weight be given to their suggestions before deciding on the future revenue model of distribution business. The reality at the ground level is quite different than the understanding of many who decide on such matters. It’s better to wait a little, do fair bit of homework and then decide the future course of action. It will be better to be a little late than a decision taken in a hurry and proven wrong.

While I do support the cause of smaller IFA’s at this point of time, I am also of the view that sooner or later the industry must ask this question as to how many years it should give to IFA’s who are more than 5 years in system that they develop and see this business from long term perspective and trail as the main revenue generator. Today may not be the best time but industry cannot wait forever to take decisions which may be tough on some IFA’s on the pretext that they will become extinct if they don’t get high upfront. Sooner or later, we must take a call on this. My message to smaller IFA’s who are in business for over 3-5 years is this – Get your acts right, align to a good revenue model. Industry won’t support you for forever on the pretext of being a small IFA and one fine day you might find either you are forced to align or resign.

Someone once said ‘Why are you planting this tree; it will take 20 years to grow’. The other person answered ‘Then let me plant a couple more as we are already late’. It’s time to induct new IFA’s after a careful evaluation of their capability and seriousness rather than adding numbers. There can be initial pain but tomorrow it will make the distribution business clean, reduce conflicts and we can reach higher scale.