5 sobering thoughts in these bullish times 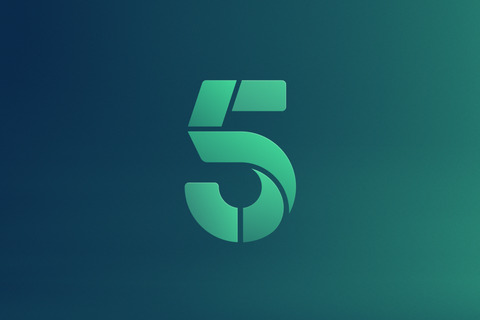 Equity markets are scaling new highs, interest rates are falling, mutual fund inflows are swelling, investor folio count is growing – in short, its party time! To prevent us from getting too high in this party and nurse a hangover for long after, the straight talking Brijesh gives us 5 sobering thoughts that all of us will do well to take on board in all seriousness. This is the time says Brijesh, when the going is good, that we look into the future and use the current business tailwinds to steer our businesses onto a sustainable growth path – one which will continue smoothly long after the tailwinds disappear.

1. We are currently at the top with regard to commissions

I think the prevailing commission rate in mutual funds is quite attractive and we are at the top at the moment. I don’t expect commissions to go up from current levels in years to come (in fact never). The kind of upfront and trail commissions which are being offered by AMC’s to IFA’s are not sustainable in the long term. IFA’s must understand this and develop their business model accordingly. I don’t say that commissions will fall sharply but they should prepare themselves for some reduction in commission rates in future. It may not happen immediately but I do not see it continuing for 5 years either. We are in good times today. Markets are good and remuneration is at the maximum. It is not going to be like this for ever. IFA’s should brace themselves for rationalisation of commissions in future. While the going is good, they should take full advantage of it and at the same time look for ways to expand their volumes by reaching out to more clients and increasing their sales effort. Even AMC’s must improve their efficiency and expand their volumes as the recurring cost may be rationalised and the entire reduction may not be passed on to IFA’s.

IFA’s in B15 cities have been going through a windfall in commissions. While I am sure commissions will come down in T15 cities, B15 will be the worst hit as I don’t foresee the extra incentives been paid there to remain for long. It’s a subsidy being paid to support IFA’s in relatively smaller cities. Promotional incentives and subsidy do not remain forever. I am not very sure about the timeline but I think the discrimination of T15 / B15 will not last forever and slowly but surely the extra commissions will come down or go away. My advice to B15 IFA’s – make hay while the sun shines but brace yourselves for this benefit to go down.

Performance rotates. However, many IFA’s are still chasing performance. They are selling schemes on the basis of last 1 year performance of funds. This will backfire. Things average out and so will performance of funds. IFA’s should take a longer duration performance and consistency into account before selling a fund. It is challenging as investors also like to go with recent winners but IFA’s must make extra effort to explain clients and make rational decisions.

4. Client base is too concentrated

I notice that the client base of most IFA’s is highly concentrated into few top clients and then there is a steep slope. While they may be having 200 clients, but they spend most of their time only on top 20-30 clients or even less. While the 80/20 pareto principal suggests focus on top clients, but in our business, IFA’s need to continuously upgrade smaller clients into bigger clients to reduce business risk and increase volumes. Many retail IFA’s who boast of 300 clients have in fact SIP’s only from 50 clients. Due to this, sustainable growth is not happening. This is also a business risk. While there is no fixed formula for no. of clients, but an IFA working in retail space should atleast have 100-200 clients from whom he is sourcing SIP’s and having regular contact. Even IFA’s having HNI client base are heavily dependent of few clients which they can count on fingers. I reckon, this will give them tough times ahead.

5. New IFA’s will do better

Industry needs to go aggressive in bringing new IFA’s. They will change the dynamics of this business. They will break the rules. Most existing IFA’s have become complacent with their AUM and income. They are not making efforts in expanding. They are more aggressive with AMC’s but not in marketing. New IFA’s will beat them in the years to come. I think AMC’s should spend considerable time, money and energy in bringing new IFA’s in the system. It will be worth the effort. The way new SIP’s is important for IFA’s to grow, new IFA’s are important for AMC’s to grow.

Mutual fund distribution is a wonderful business to be in. At the same time the industry must move forward and embrace new dynamics to scale new heights.