Why are we obsessed with selling performance? 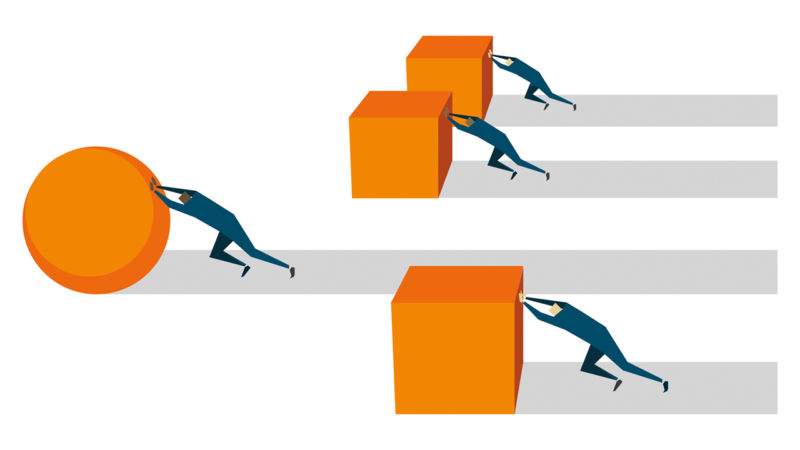 In this edition of Straight Talk, Brijesh takes up a very important aspect : obsession with selling performance. It’s the easiest thing to sell, it’s the simplest thing for your client to buy : but is it the right thing to sell and is it a sensible buy for your client? Brijesh says its time we ask ourselves this hard question, introspect truthfully and then go on and do what is right for our clients rather than what is easiest to sell to them. If you chase performance, you will always be behind it, observes the straight talking Brijesh.

A leading IFA recently told me this story.

“I met a client last week and we were discussing on identifying a good equity fund for investment. He asked me to carry fund performance so that it would be easier to decide. I was recommending fund ‘X’ which delivered 9% returns in the last 1 year but had delivered 18% compounded over last 10 years. The client ran through the schemes performance and identified fund ‘Y’ which delivered 24% returns in the last 1 year (which I observed gave 11% compounded returns over last 10 years).

He insisted on investing in fund ‘Y’ because it was performing very well in the recent past, ignoring its historical performance and consistency. I had a tough time explaining him. I gave this example to him.

‘When you buy individual stocks, you generally buy stocks which have gone up very high in the last 1 month or look for stocks which have very good long term potential but did not go up in the recent rally and the prices are currently subdued. He immediately said he would go for the later.

Exactly. That’s the point. A Fund which has given very high returns in last 1 year may not yield good returns in next few years because its underlying securities have already gone up. However, you should choose a fund which did not go up in the current rally due to its underlying holdings not being the market fancy but having very good future potential.

Thankfully, my client understood the logic and went with my advice.

Unfortunately, most financial distributors / advisors also chase performance which may not be a good idea.

Performance is easy to sell

It is easy to sell a recent performing fund rather than a future potential fund. Manufacturers lure advisors who in turn lure investors with recent performance. It helps in shifting focus from non performing schemes in the portfolio to buying new schemes which showed good short term performance. Such products are sold on the premise that they will keep doing good in future too.

It is naturally difficult to sell something which is not performing off late. There are several apprehensions when a fund does not perform. There might be some funds which genuinely underperform due to fund management strategy, wrong calls, structural issues, etc. But most long term funds which have been consistent over the period may see a rough patch just because of cyclical movements in the markets in which their underlying portfolio did not participate. A good advisor understands this and sticks to long term consistent performance.

Since fresh investments come only in schemes which are performing everyone pushes such products. This is risky. There is enough research which suggests that performance rotates. What is doing well today doesn’t mean it will do well tomorrow too. Whereas, it may be prudent to bet on long term consistent track record.

Take the case of 2007-08. Several funds (including several sectoral funds) were sold during this period which gave superlative returns in the recent past. Tonnes of money were invested on the hope of continued performance.

The result – Majority of those schemes are today laggards and a ‘pain in the neck’ for manufacturers, advisors and investors. Why don’t we learn from history?

Each year manufacturers come out with flashy scheme brochures highlighting some scheme on the basis of recent performance and insist advisors to sell those schemes. Increased incentives are an added reason for the advisors to get into it. This happened in the past, it is happening today and it will happen in the future too. I am not suggesting that all such schemes will fail or will not perform. Some will deliver good performance in future too. But the odd to find the scheme is not in advisors favor. A prudent advisor should apply his wisdom to stay away from chasing performance.

Some pointers before chasing performance :-

I will close with an observation –